On the surface, no two things could seem more different than the field of mathematics and the art of filmmaking. This is because they seem to consist of markedly different things. One the one hand, you have mathematics, which requires rigor, keen analytical skills, and an ability to deal with abstractions. On the other, you have an art that seems intuitive and visionary in nature, one that requires creation instead of analysis. 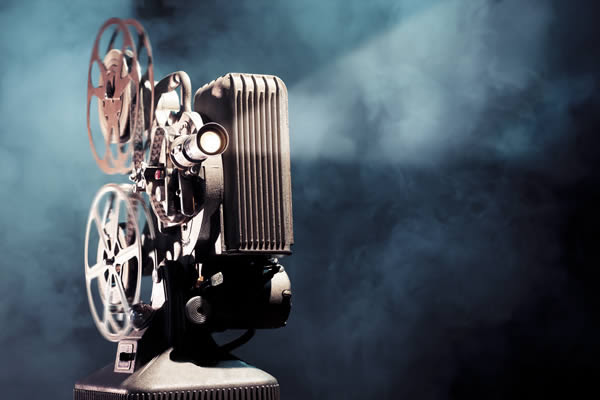 Misconceptions of Math
Far too many people feel that math is a dull and lifeless field. They think that it’s tedious and remote from their everyday life. Additionally, some of them think that math is only associated with egghead, scientific types, not with dynamic and sometimes intense personalities.

Of course, these are all misconceptions. Anyone who’s ever reached the level of calculus knows that math is anything but dull and lifeless. The field of mathematical knowledge comprises a (more or less) self-contained and elegant system, one that reveals its mysteries only to the strong and persistent. Moreover, mathematicians are often fascinating and difficult personalities, as you’ll see when we discuss math-themed movies below.

Math and The Creative Process
But out of all these misconceptions, one of the worst is the idea that math is diametrically opposed to creativity somehow. Many people, especially students, are under the mistaken impression that mathematics is just memorization, computation, and following an abundance of hard to understand rules.

While it is true that mathematics requires all of these things at various times, taking only these facets into consideration gives an incomplete picture of math and its creative possibilities. It’s strange this misconception still exists, especially since no one advances far in the field of mathematics without a great deal of creativity.

In order to clear up this misconception about math and creativity, we’re going to have a look at the close relationship between math and the movies. It goes without saying that moviemaking is an inherently creative endeavor, but the art itself would be virtually impossible without mathematics. Read on to find out precisely what this means.

Math and Movie Equipment
We’ll begin with a brief discussion of the role math plays in the making of the equipment that filmmakers use to work their magic. Hopefully, you’ll see pretty quickly that much of this magic relies on the discipline of math.

In a very important sense, almost every aspect of filmmaking is heavily dependent on math. This is because the process of filming a movie involves the use of equipment that is based on different forms of science and technology, which in their turn are founded on the strict application of mathematical principles. In other words, one of the many ways that math is involved in filmmaking is through its equipment.

For instance, can you imagine making even the simplest video camera without a deep understanding of optics, geometry, and trigonometry? How about light meters, sound equipment, and the incredible amounts of electricity required to make a single movie? This is just scratching the surface, but even a little reflection will tell you that none of this equipment would be possible without math.

So right off the bat, before production actually begins, we see one of the many ways that math enters the realm of filmmaking. And this is just the beginning, as you’ll see in the next section.