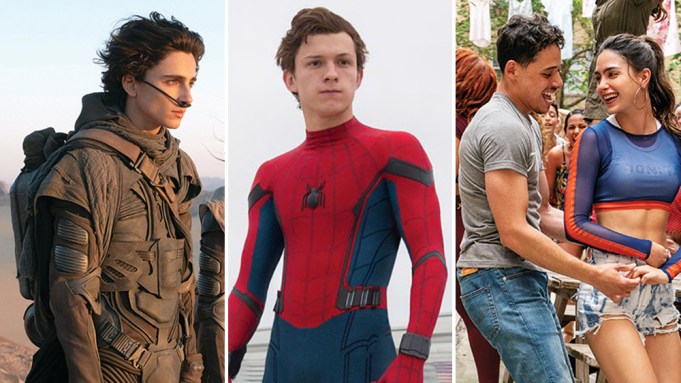 As if the pandemic and tumult of 2020 weren’t enough, this year also delayed a slew of hotly anticipated films, ranging from action blockbusters such as “Black Widow” and “No Time to Die” to the Timothée Chalamet-led sci-fi epic “Dune,” which will now release both in theaters and on HBO Max in 2021.

Without jinxing the new year, it seems like 2021 will tell a different story than 2020. With coronavirus vaccinations rolling out, shuttered theaters are looking forward to reopening their doors, letting film lovers view previously delayed releases and new films. The year will also see the debuts of long-awaited sequels, such as the horror film “A Quiet Place Part II,” the animated family film “Minions: The Rise of Gru” and “Space Jam: A New Legacy” starring NBA superstar LeBron James.

For Broadway fans, there is Lin-Manuel Miranda’s musical “In the Heights,” featuring a predominantly Latinx cast. Disney enthusiasts can also rest easy with the live-action “Cruella,” starring Emma Stone in the iconic role.

Read on to see all the highly anticipated films of 2021.

Raya and the Last Dragon
It will follow the journey of Raya, a passionate warrior on a quest to find the last dragon and pandemic to restore peace in a mythical world. Watch the trailer here.

Raya and the Last Dragon

Eddie Murphy is back as Prince Akeem in this long-awaited sequel to the 1988 film. Directed by Craig Brewer from a screenplay written by Kenya Barris, Barry W. Of course, hilarious antics ensue.